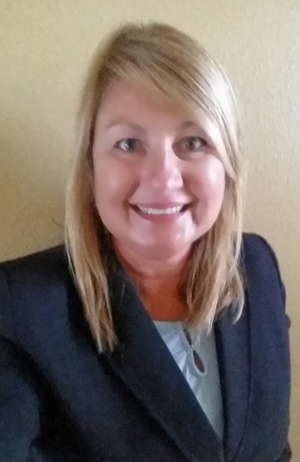 I have spent most of my 25-year career in non-profit management working alongside volunteers. It has been rewarding and I have met some incredibly talented people who have taught me a great deal about “service above self”.

In 2016, shortly after joining METAvivor, I attended a program with a well-known speaker who talked about the paths we choose as adults and whether those choices have affected our own self-interest or if our choices have made a positive impact on other’s lives and the world around us. At the end of the presentation, we were asked to commit to one of three words: Faith, Love or Others. Once we chose, we were asked to select a bumper sticker with the word we had chosen. It was to be our “take away” and a way to remember our commitment. I walked to the table with three stacks of stickers that read “Faith”, “Love” and “Others”. I took my bumper sticker and thought how meaningful it would be to expand on “OTHERS”. I was committed. To me, focusing on other’s needs first had a spiritual quality and I was also reminded that when we put OTHERS first, we are rewarded in so many different ways.

I thought I was doing a fairly good job expanding my awareness of OTHERS, that is… until I met METAvivor volunteers. They give a whole new meaning to “service above self” and the word “OTHERS”.  METAvivor is fortunate to have metastatic breast cancer patients that freely give their time, talent, and energy to help fund metastatic breast cancer research and to help provide peer support and awareness of MBC… often until the end of their life.  I am amazed at the exceptional people that volunteer for METAvivor. It is astonishing, wonderful, and humbling. It makes me want to work harder and longer to help accomplish their goals and/or implement their ideas. As a result, my emotions are in a constant swirl of adoration and grief.

Patients living with stage IV metastatic cancer, not only give their time to METAvivor because they love and need the mission, but because of their fellow patients and friends, because they want to leave the world a little better for OTHERS. They work extremely hard for METAvivor until the end of their life. It is inspiring. This high level of commitment also forges a unique bond among leaders. It is also why the METAvivor Board and staff have a difficult time when one of our patient leaders/advocates pass away. We grieve. It is profound and depressing. It is, for some, debilitating. It is not a job for the faint hearted. It takes strength, immeasurable strength, to mourn the loss of our colleagues and  to push forward for “OTHERS” even though they are likely witnessing their own future  It is truly hard, but our volunteer leadership come out of their grief with more resolve to raise more money and fund even more research to one day, end death from MBC. We certainly push forward to bring more programs to the MBC community; to provide support to patients, highlight their stories and help ease anxiety. We work tirelessly to raise awareness of the lack of funding for stage IV metastatic breast cancer research. Our leaders acknowledge that we simply must do it…for OTHERS… to change the MBC narrative.

There really aren’t words to accurately describe the selfless nature of our patient leaders but it is the thing that fuels METAvivor and binds us together. I hope by sharing some of the accounts of our relentless leadership and their efforts in the last days of their lives, you will be inspired to.

Doris Anne Price – Although I didn’t have the privilege of meeting Doris Anne before MBC took her voice, it amazed me that while she was in the hospital and hospice, she still joined Board calls and conducted METAvivor business. Her husband, Aaron, translated her wishes to the Board, he was her voice. She was a fabulous editor, volunteer data manager and did a great deal of writing for METAvivor until she became too weak.

Pamela King– I met Pam in 2017. She was doing a fundraiser for METAvivor called “Peking to Paris”. It was a rally road race and she was blogging about the race as her husband drove the rally car from Peking to Paris. Pam volunteered her expertise with METAvivor shortly after we met. She was a consultant for a rare disease organization and led the charge for patient issues on Capitol Hill. She helped craft METAvivor’s advocacy program and the Stage IV Stampede. Pam joined the Board and quickly became Vice President. She began her second fundraiser the next year, even though she had received news that her treatment had stopped working and her tumors were growing. I thought she should cancel the fundraiser since it would be a grueling three-week rally trip across the country in a 1957 Chevy. She wouldn’t hear of it. During the trip, she became terribly ill, and in fact, suffered a mini stroke, but she stayed on the road until the next stop, resolved to complete the race and the fundraiser. When she reached New Mexico, things began to get worse.  Patrick Quinn met her in New Mexico with the Sea to Sea RV and he reported back that she was not well. Pam and her husband flew home. Shortly after that, she passed away.

Monica Hill – Precious Monica. She was young and beautiful. She had so many talents and…to METAvivor’s benefit, she was a great fundraiser! I first met Monica on a telephone call. She was raising money for METAvivor and decided to host a gala to raise more money for research. I told her on the call that I hoped I could meet her in person at our Stage IV Stampede the next year. She didn’t think she would make it that long. I told her we could make a bet…but I was going to meet her at that event. She joined the METAvivor Board shortly after that and had some amazing accomplishments, including hosting one of the largest fundraisers in METAvivor’s history. She made it to the Stage IV Stampede that year and she came to me and hugged my neck and said, “I’m here, I made it”. She was scheduled for some speaking engagements for METAvivor after walking the Runway for Ana Ono Intimates, New York Fashion Week Show. I called her to make some final travel arrangements. Later that afternoon she called to say she had been admitted to the hospital. It was pretty serious, but she said, “I may still be able to go”. I was speechless and amazed. She died the next week.

Brianna Sykes– Brianna was a shining light. She was eager to join the METAvivor Board of Directors and quickly learned all that she could. She was taking on her first Board project but had not been well. Despite this, she continued to join our weekly meetings. We talked and I asked her if she needed to take a break to focus on her health, that I could work on her project or pass it to someone while she rested. She said she really wanted to continue, that it would be a good distraction. Two days later, I received a call from her husband that she had passed in her sleep.

Karin Petrocelli – Karin was part of team Florida and the host of the Southwest Florida Metsquerade. She was a peer leader and a beacon of hope for all her mets sisters in Florida and beyond. She and her husband Vinny worked on so many projects for METAvivor including being fierce advocates on Capitol Hill. She was a speaker at many events and went to the Grand Convention for the Fraternal Order of Eagles to share her story and receive a $250,000 check for METAvivor. Karin continued with her work on our board, in spite of some major MBC health issues. She graciously and beautifully hosted the SWFL Metsquerade, raising a record amount of money for MBC research in her area, and she continued to serve on the board, as long as she could manage, even though she was in hospice.

There are many more stories of MBC patients who selflessly give their time to METAvivor, even at the end of their lives. These talented volunteers and patient advocates choose to give their time, their heart and soul to METAvivor. They teach me what “service above self” truly means. They do not do it for accolades or acknowledgement…they did (and do) what they love for OTHERS.

Next Post: METAvivor Research and Support Announces Support for the Black Community