After My MBC Diagnosis, I Fell Victim to the Cult of Alternative Medicine 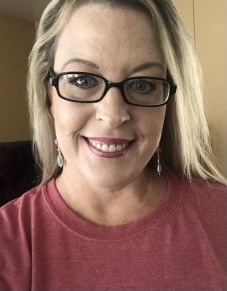 After My MBC Diagnosis, I Fell Victim to the Cult of Alternative Medicine

My name is Jen. I have been living with Metastatic Breast Cancer for eight years. October was Breast Cancer Awareness Month but those diagnosed with metastatic breast cancer live with the disease all year long. While the whole world was sticking pink ribbons on marketing campaigns, I wanted to share my story and what metastatic breast cancer patients endure and some things that people don’t like to talk about.  One of those things is falling victim to opportunists.

The day I got the diagnosis of MBC, I was in shock and unable to process this news. It took time.  Everyone around me seemed to want to help find answers or treatments to “save” my life. Not everyone was there to help. There were those that I believed to be con artists, opportunists and some that were not educated about MBC but trying to sell me on the idea that I could be cured if I just used a certain product, tried a certain system or believed in a certain thing…fill in the blank.

There were and are hundreds of words to fill in the blank. Most of these are considered alternative medicines, religious beliefs, a different attitude (victim shaming), and even nutrition. The old Hippocrates Oath “Let Food Be Your Medicine, and Your Medicine Be Your Food”.

When I was diagnosed, I did not have insurance. I was a working mom with two young girls. I was a Home Health Aid. I could not afford luxuries like Doctor visits, checkups, or scans. I was focused on my kids. I was not on any assistance at that time. I worked to pay my own bills and received help from my parents. After I was diagnosed, I went to the Medicaid Office to apply for assistance. I was given forms, told it would be a few weeks. My boyfriend at the time was with me and was so angry at the way they dismissed me as I stood there in pain begging for help. I went home and called a breast cancer Hotline. I thought surely, they would help me. Unfortunately, I was wrong. I was sent to voicemail, where I left messages. No one called me back. I also sent emails with no response. I frantically started looking online for help. I was sure I was going to die right away after looking at the statistics.

I finally came across a link to a Wellness Center in Atlanta. The literature promised the world. They even gave partial sponsorships for cancer patients! I thought it was fantastic! My boyfriend at the time paid $600.00 to attend the class with me, and we went. Once I was there, we learned about their system and philosophy. The center point was around nutrition, specifically Hippocrates Oath, and how a Raw Food Lifestyle would heal me, so I would never need Chemo! They called Chemo CPR, meaning Cut, Poison, Radiate. This treatment was considered bad from the organization’s perspective. I felt like I was brainwashed; Re-programmed to believe I had the power to heal myself. I starved myself for days, eating only “green soup”, the most awful taste you could imagine. But I was taught it would heal me. So, I did it for 10 days.  I then added a salad per day after 3 days, and, as a treat, Nori Rolls. All I drank was alkaline water and the “green energy soup”. The system taught me that apples and bananas have sugar so don’t eat them. The system taught me that sugar was bad, so don’t eat it…ever again. I was also given study guides and meditation guides. We chanted and sang while preparing the “green energy soup” in the mornings. I was told to do two enemas daily for 18 months. I did wheatgrass shots (which I grew myself). I did Reiki, meditation, and watched videos that seemed to be against conventional treatments. I used essential oils. I was encouraged to “add on” high priced services like saunas, Chakra Healers (to pull the disease out of my body), and so much more. I even used thermography instead of radiation. I became friends with the thermography mobile tech and would drive from Florida to Georgia to meet her at motels to get my thermography. I thought she wasn’t in it for the money.  She only charged $300, as opposed to thousands of dollars for an MRI. I could pay her directly! There was no need for “big pharma” or “Big Brother” to know my status. All of this was sold to me as “I had the power”.

I watched people who were supposedly healed parade in front of me to encourage me to stick with the program and be healed from the inside out.

In an instant, I was in a cult of alternative medicine.

The hard part was that everyone seemed to genuinely care. I turned away from anyone who tried to convince me otherwise.

Eventually, I became so sick with exhaustion, I couldn’t get out of bed. One of my breast tumors had grown to the size of a golf ball. Thermography didn’t work and my “friend’ the mobile thermography tech, vanished. The organization told me I must have not been following correct protocol, that it was my own fault. Those supposed helpful people went silent.... as most scammers will do. They moved on and left me stunned and broke.

I have seen similar stories play out over and over with those diagnosed with terminal cancer. I have watched friends die of MBC believing in these “fairy tales”. I hope you learn from my experience. There is currently not a cure for MBC. There are treatments that will hopefully keep you NEAD (No Evidence of Active Disease). These treatments are researched and scientifically vetted to be the safest possible for patients.  There is no cure for MBC. Potions, unapproved pills and treatments, celery sticks, or a pink ribbon will not heal me or you. Prayer and meditation are great and give many of us living with MBC hope, but I have watched the most God fearing, good people die of MBC. I am a Christian, but I am realistic and know that doesn’t give me any special treatment in regard to living with terminal cancer.

My only hope lies in funding for MBC Research. We need it as desperately.

I have been well for eight years now after progressing to MBC, stage 4, within eight months of rejecting chemo and surgery in 2012 and joining the nutrition cult. I started chemo in September 2012, which I will be on for life. I had a mastectomy in 2015. I am still waiting on reconstruction. I eat what I want and live a full and somewhat active life. I get treatment every 21 days. This will last forever. It is a big part of my life, but not my entire life. Someday, I know my treatment will stop working. I know I have been extremely lucky thus far. I’m using my time to help other MBC patients understand the hard facts and possibly help them avoid being “duped” like I was. I get it, it is a hard pill to swallow.

Please listen to your oncologist. Avoid the “woo” pushers. There isn’t an underground market of “cures”. Connect with people and live your best life despite the disease. I don’t want you to die alone, in pain, and broke.

Next Post: Fund Raising in the Time of Covid-19