Amy Durfee West was a practicing attorney for close to three decades until she found herself moved to change her life’s path. About a year ago, in the midst of pursuing this new path, she was diagnosed with Stage IV breast cancer. This is her story. 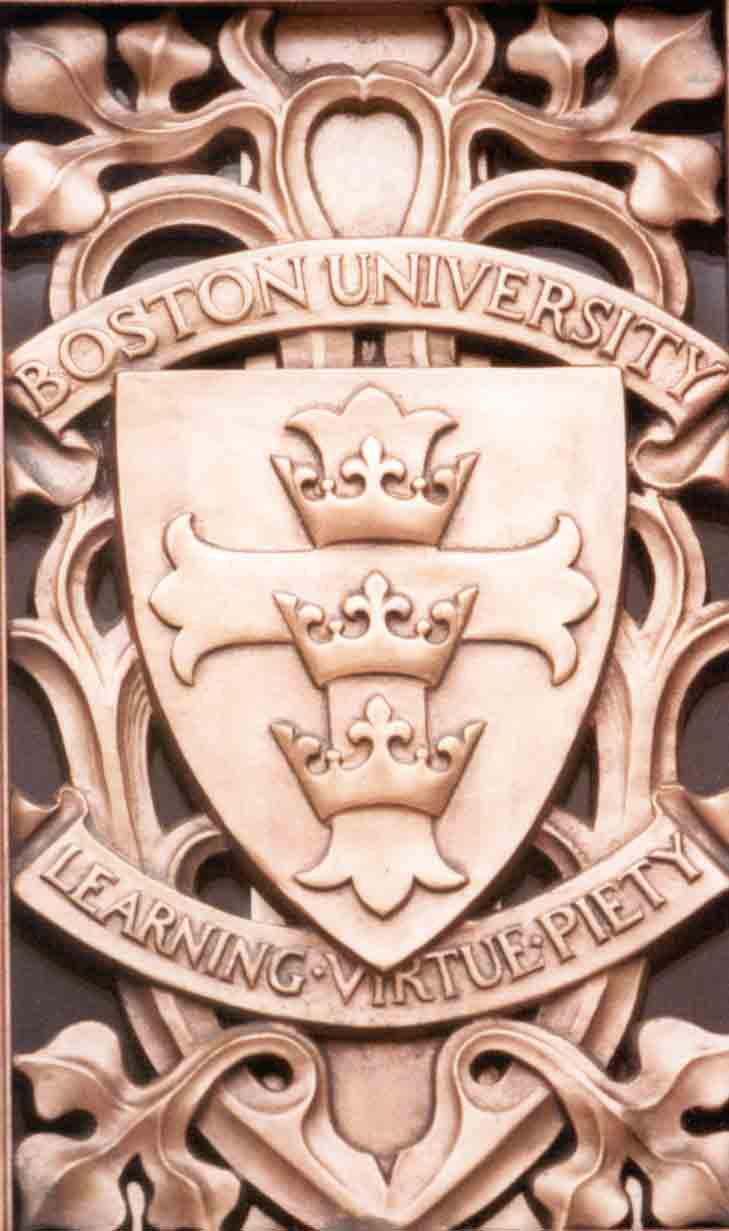 On May 20th, I’ll be graduating from Boston University School of Theology. I’m not going to wear any eye makeup because I know I’m going to cry. For one thing, I cry very easily. I cry at weddings. I cry at tear-jerker movies. I cry when I’m mad or sad. For another thing, a year ago I wasn’t even sure I’d still be alive at this point, much less graduating on schedule, because a year ago I tripped head first into the long, dark tunnel that is metastatic breast cancer. So the fact that I’m both still alive and graduating is a very big deal.

From 1980 until 2008 I practiced law in Denver, Colorado. I did corporate, business, and real estate transactional work. In 2002 I found myself laid off and unemployable because I didn’t have enough clients, so I opened up my own practice. That was the best part of my long legal career. I loved being directly responsible to clients and developing personal relationships with them. I really enjoyed being a counselor and advisor, not just a document drafter, and I found out I’m good at it. Putting the deals together is the fun, creative part. Attorneys I had known for many years referred me cases that didn’t fit their practices, or ones where they had conflicts of interest. Several good friends made a point of recommending me to represent the borrowers in deals where they represented the lenders. Existing clients would refer new clients; former clients would call again when they had new projects, and things just kept humming along.

After about five years I began to notice that my heart wasn’t really in it. I started doing more and more volunteer work, including public interest lobbying. In 2007 I found myself going to three Christian social justice conferences in the space of five months. On my way to the third one, a close friend said to me, “Have you considered the possibility that you’re being called to ministry?” I brushed it off, but one morning four months later I woke up convinced it was time to go to seminary. I had met people from Eastern University at all three of the conferences, so I found its website, clicked on the link to its seminary, and found out about the joint MBA/M.Div. With my background in real estate it seemed obvious. God wanted me to do some literal kingdom building. Soon after, I started working on a Master’s in Divinity at Palmer Theological Seminary.

In 2010 I moved to Boston from Philadelphia to continue my degree in a different program. I transferred to Boston University School of Theology because I realized I was being called to teach, and thought I should get my degree from a school that was more focused on the Academy than Palmer is. I had intended to get a joint M.Div./MBA in urban economic development, but it turns out I’m a scholar and a teacher. I want to teach, mentor, inspire and send out young Christian social change agents. About a year after I started at BU, I was diagnosed with Stage IV breast cancer.

I was utterly blindsided by the cancer. I didn’t think I was in any risk categories. It turns out being a woman over 50 who lives in North America is one of the most significant ones. All the “prevention” hype you read tends to gloss over the unavoidable factors, perhaps for obvious reasons. None of the risk factors — lifestyle, family history, whether you had children and at what age — holds a candle to just being a woman in an industrialized society. Nevertheless, I was right to be relatively unconcerned, because the other thing the hype does is exaggerate one’s sense of risk. It’s not true that “one in 8” women will get it. That figure represents the risk for invasive breast cancer over a woman’s lifetime, not the risk for each year she’s alive.

However, the third thing that the hype does is the worst thing — it gives the impression that breast cancer is “the good kind” of cancer and that early detection means it’s curable. Yes, some breast cancers are curable, but statistics estimate that up to 30% of people diagnosed with early stage breast cancer end up at Stage IV, which does not include the other 5% to 10% that are Stage IV at diagnosis. Everyone who dies from breast cancer dies at Stage IV, and the median survival rate is two to three years. While a very small percentage achieve permanent remission, the vast majority eventually succumb. Study after study fails to show any increased overall survival from routine screenings. It is true that the death rate from breast cancer has dropped a bit, but that is from better treatments, not from “finding it in time.” [Statistics for MBC] But I digress.

Based on the tumor size and lymph node involvement, my cancer looked like Stage II at first, but the hospital did a routine staging workup and eventually figured out that it had metastasized to my liver and lungs. Stage II involves surgery, chemo, and maybe radiation. Stage IV is an entirely different matter. It’s considered “incurable,” but they do go ahead and try to “manage” it. In terms of timing, the “bad mammogram,” the biopsies and the initial diagnosis knocked me for such a loop that I really couldn’t do much for the last month of the semester besides show up for class and choir. I took incompletes in two of my three classes. By the time I knew it was metastatic the semester was over.

Even though I cry easily, I rarely shed tears for myself. I didn’t cry about having cancer. At first I was stunned and numb. Then I was scared. But then I started trying to figure it out. I joined an online support group and an in-person group. I read books. I got advice from a friend who has been through breast cancer. I told my kids and other family members. Then I told friends, classmates, and others. Sometimes I’d be doing something I loved and realize I might never get to do it again, and I’d tear up, not from self-pity, or even anger, but just because I loved it so much. I started getting chemo every week. After about four weeks my hair started falling out.

I finished twelve weeks of chemo just as the fall semester began. I had a scan that showed the cancer receding, so I signed up for three classes. Honestly, one reason I did it was for the scholarship and student loan funding, and the health insurance. But I also wanted to keep working on my degree. Over the summer I finished the incomplete work from the spring semester, and even got straight As. In September I dove back in, with my head scarves and wigs, and with an oddly round face and belly from the steroids. I began taking a little white pill every day and going in every three weeks for an infusion of a monoclonal antibody that helps my body fight the cancer.

Cancer made me question whether I was really being called to ministry, or at least whether I understood my vocation correctly. Maybe it was to be a matter of dying well (whatever that means). Although I had planned all along to go on for the doctorate after getting my M.Div., that takes at least five years, and the odds that I would live long enough to get it did not seem very good. I thought maybe I should go back to Colorado and be appointed to pastor a church. I love school, but I thought wanting to stay in school was self-indulgent. I thought that especially if I don’t have much time left, perhaps I should focus on serving and ministering to others.

I began asking people who knew me what they thought I should do. They made some good points about how stressful pastoral ministry can be, and about what a good student I am. One teacher told me that the things I know and the way I think through issues and ideas, and talk about them, is of value to the other students. As a doctoral student I would be in a teaching ministry already. With that kind of feedback and encouragement, I decided to go ahead and apply. Another scan in early December showed that the cancer had become all but undetectable, with all the metastases gone and only a tiny bit of activity at the original tumor site. That seemed like reason to hope, and to move ahead.

I knew I wanted to study social ethics and that I didn’t want to go someplace I had never lived before. I was unable to find a doctoral program in social ethics in Philadelphia. (There might be one — it’s quite possible my search was not sufficiently thorough). I applied to the BU School of Theology, the BU Department of Religion and Theological Studies (part of the graduate school of arts and sciences), and the University of Denver/Iliff School of Theology (which jointly award a PhD in social ethics.) I was enthusiastically accepted by the BU School of Theology to work on a ThD in social ethics with a minor in evangelism, and the other two applications were turned down. I still had a choice, of course, between starting the doctoral program in 2012 and not doing it. I decided to do it.

I feel fine. I never got chemo brain. I have no lasting physical impairments. The neuropathy cleared up. I lost the extra weight that I gained. I can run like hell to catch the T and then catch my breath pretty soon after I sit down. I think the secret to beating cancer is to accept it and then look past it. I know I am going to die. I also know it is more likely than not that I will die from this disease. I can’t change that. If I let it keep me from living the life I think I’m being called to live, then cancer wins. If I keep living each day as fully, honestly and gratefully as I can, then life wins. I may not reach my next academic goal, but I made it this far, and I’ve got the next degree teed up. So I’ll just keep at it.