At its December Meeting, the METAvivor Board voted to approve the funding of MBC research proposals in the amount of $4,050,000 based upon donations received through November 30.  The Board will also fund additional grants in February from donations received in December.  These additional grants will be announced in the next newsletter.  As a reminder, 100% of all donations to METAvivor are used for MBC research.

Welcome to 2022 and another important year of grassroots Advocacy for METAvivor. Let me start with the most important thing that I have to say which is that our work matters! Elected officials pay attention to their constituents and they have been hearing from us more than ever before. Thanks to your grassroots participation last year, our priority issues are progressing through Congress. Thank you for all you do and have done as a METAvivor grassroots advocate.

The year ahead brings lots of opportunities for us to continue to advocate. Congress will be finalizing their spending bills and we need to make sure they continue to include our funding priorities for metastatic research. Our major policy proposals the Metastatic Breast Cancer Access to Care Act (S.1312/H.R. H3183) and the Cancer Drug Parity Act (S. 3080/H.R. 4385) also require ongoing advocacy.

So, what does that all mean?  Well, once again we will have three “campaigns” throughout the year where we ask your help in contacting your elected members of Congress. The timing of these campaigns is still in flux but they will likely be spaced throughout the year culminating, as usual in the Stage IV Stampede that will be held sometime in the fall of 2022. Thanks to the ongoing Covid pandemic, we don’t yet know whether this year’s Stampede will be in person, virtual again, or some combination of the two but you will be the first to know once that becomes clear. What we do know for sure is that METAvivor will continue to need your grassroots help and support throughout the year and we will be sending periodic “Action Alerts” to encourage you to reach out to your Congressional representatives.

The other thing we know for sure is that the more people who participate in METAvivior's grassroots efforts the better our chances for success. That is why we say: “More people…More impact” and why one of our main focuses for 2022 will be on GRASSROOTS RECRUITMENT! With your help we hope to expand the number of METAvivor State Captains and Advocates. We will be asking you to help us identify and recruit more people to participate in METAvivor’s advocacy efforts. Our friends, family members, colleagues and acquaintances are also potential new grassroots advocates and every new person we can recruit increases the likelihood that we will advance our critical issues.

We will be in touch soon about different ways we can all recruit more advocates for METAvivor and we will be providing more tools, mentoring, training and support than ever before. Together, we can expand our base of grassroots advocates, continue our advocacy efforts and see concrete victories on these issues which mean so much to all of us. Thank you again for all you have done in the past and for continuing to be a part of METAvivor’s grassroots advocacy network in this coming year.

At the end of 2021, Congress was unable to reach a final agreement on the annual appropriations measures to fund federal medical research and patient care programs and instead passed a temporary Continuing Resolution (CR) to keep programs operating at current funding levels until February 18th. Quite literally, buying additional time to complete the process. The pending Fiscal Year (FY) 2022 appropriations bills are quite generous to community priorities, directly respond to contemporary advocacy requests, and would significantly bolster medical research. Most notably, the pending appropriations bills include:

An increase of either $2.6 billion (House) or $3.5 billion (Senate) for the National Institutes of Health, which includes the National Cancer Institute. Either $2.4 billion or $3 billion to establish the new Advanced Research Projects Agency for Health (ARPA-H), which is an extension of the Cancer Moonshot and would organize teams of scientists around solving specific cancer research questions. Congressional instructions regarding modernization of the Surveillance, Epidemiology, and End-Results (SEER) registry to better capture metastatic disease.

The draft FY22 spending bills are quite generous toward non-defense programs while largely level-funding defense initiatives. In order to negotiate final appropriations bills, lawmakers are working to seek parity and enhance defense spending. This could potentially benefit community priorities within the Department of Defense (DoD) research program, including:

One of the reasons for the delay in finalizing the annual appropriations bills is the amount of time and attention that has gone into advancing the Build Back Better Act (BBB) human infrastructure and social policy package. The BBB is a mixed bag for patient care that includes improvements, such as a low out-of-pocket spending cap in Medicare Part D, along with provisions of concern, such as reductions in the generosity of the Orphan Drug Tax Credit. Congress is currently working on a slimmed-down BBB package, but it is unclear what would be included and excluded with a narrower focus.

Congress is also working to line-up critical legislation for consideration and potential passage at the end of 2022. Potential bills include broad bipartisan efforts, such as CURES 2.0 and efforts to address health disparities and further improve access to clinical trials, as well as community priorities, namely the Metastatic Breast Cancer Access to Care Act (S.1312/H.R. H3183) and the Cancer Drug Parity Act (S. 3080/H.R. 4385). Congress will decide what priorities they have precious time to advance at the end of the year due to constituent outreach and bipartisan popularity of certain measures. While the Capitol remains closed to visiting groups, virtual outreach will remain important to ensure legislation supported by the community is widely-supported and given thorough consideration.

The community has developed a strong network of congressional champions on Capitol Hill. This has allowed congress to respond to community concerns and opportunities by enhancing research funding and advancing key legislation. There is an election in November and a large-number of legislators have already announced their retirement. At this time of change, it is important that we have a strong national grassroots network to ensure we are connected with all offices in all parts of the country (and that the staff know your stories and are in a position to help). To advance patient care legislation after the elections this year and to ensure the community maintains momentum moving into the next Congress, please become an advocate, conduct local visits, join the 2022 Stage IV Stampede, and make your voice heard!

To become an advocate or to join planned events throughout the year, email [email protected].

A registry to track all cancers was established in 1973.  This registry is known as the SEER (Survey, Epidemiology, and End Result) Registry.  Because little was known about Metastatic Breast Cancer at the time, the SEER registry significantly undercounted occurrences of MBC. Specifically, it only counted instances of de novo breast cancer, which account for approximately 5% of all breast cancer diagnoses.  SEER failed to reflect instances of metastatic recurrence, accounting for 30-35% of all breast cancer diagnoses.  This serious undercounting of the impact of MBC is part of the reason why Metastatic Breast Cancer only receives approximately 7% of all cancer research funds.

Up until a few years ago, the National Cancer Institute (NCI), which is responsible for SEER, did little to modernize the registry.  But thanks to your advocacy efforts, Congressional Appropriations Committee Reports have called upon NCI to modernize the SEER Registry.  The most recent Senate Appropriations Committee Report contained the following language:

Surveillance, Epidemiology, and End Results [SEER] Registry.— The Committee encourages NCI to continue to advance efforts to modernize the SEER Registry and better capture key data points, such as metastatic recurrence and cancer migration. The Committee requests an update in the fiscal year 2023 on these efforts and the recent expansion of the SEER program

The importance of SEER modernization is if SEER comes to reflect not just the 5% of de novo diagnoses (initial diagnoses of Stage IV breast cancer), but also the 30-35% of metastatic recurrence, it is likely that NCI will reallocate its breast cancer research funding to reflect this much larger number.

NCI has established a working group to modernize SEER and to specifically include the tracking of metastatic recurrence in the registry.  Representatives of METAvivor have met with this NCI working group, and we expect to have further developments to report in our next newsletter.

For many years, Metastatic Breast Cancer has received far less funding for medical research than has early stage breast cancer.  However, thanks to your advocacy efforts, Congress has been made aware of this inequity.  As a result, during the past few years, Congressional Appropriations Committees have issued reports calling upon the National Cancer Institute to place a greater emphasis on MBC research.  The strongest report yet was issued in 2021 by the Senate Appropriations Committee:

Metastatic Breast Cancer.—The Committee is aware that clinical research is of utmost importance to those living with metastatic breast cancer [MBC], which is breast cancer that has spread to other organs and become incurable. An estimated 168,000 Americans live with MBC, and nearly all of the more than 43,000 deaths from breast cancer are attributed to this late stage of disease. Given the mortality associated with MBC and the lack of treatment options, research offers the best possibility of therapeutic advances and extended life for these patients. MBC is also associated with startling health disparities, since breast cancer mortality is about 40 percent higher for Black women in the U.S. than Caucasian women and breast cancer is the second most common cause of death by cancer for Black women. The Committee believes that a continued emphasis by NCI on research for MBC, especially in communities of color, is needed to discover better treatments and a cure for MBC and to address health disparities in this population. The Committee requests an update on NCI’s activities regarding MBC in the fiscal year 2023 CJ, including progress made  with respect to inclusion of people of color in NCI-funded clinical trials in this area

The National Cancer Institute has begun to increase its emphasis on MBC research, but we need to keep up the pressure to ensure that MBC research is properly funded.

METAvivor’s state captains play an essential role in organizing grassroots support for increased Federal MBC research funding and other MBC legislative priorities.  For new state captains, mentoring is available from experienced state captains.  If your state already has a captain, please consider volunteering to be a co-captain, or even better, to form a committee of captains.  You may volunteer by writing [email protected] .

If your state does not have a captain, please consider volunteering for that position.  There are currently captains in 35 states.  The states that do not have captains are:
Arkansas
Colorado
Georgia
Hawaii
Idaho
Louisiana
Maine
Missouri
Nebraska
New Mexico
Tennessee
Texas
Utah
West Virginia
Wyoming

Again, you may volunteer by writing [email protected]. 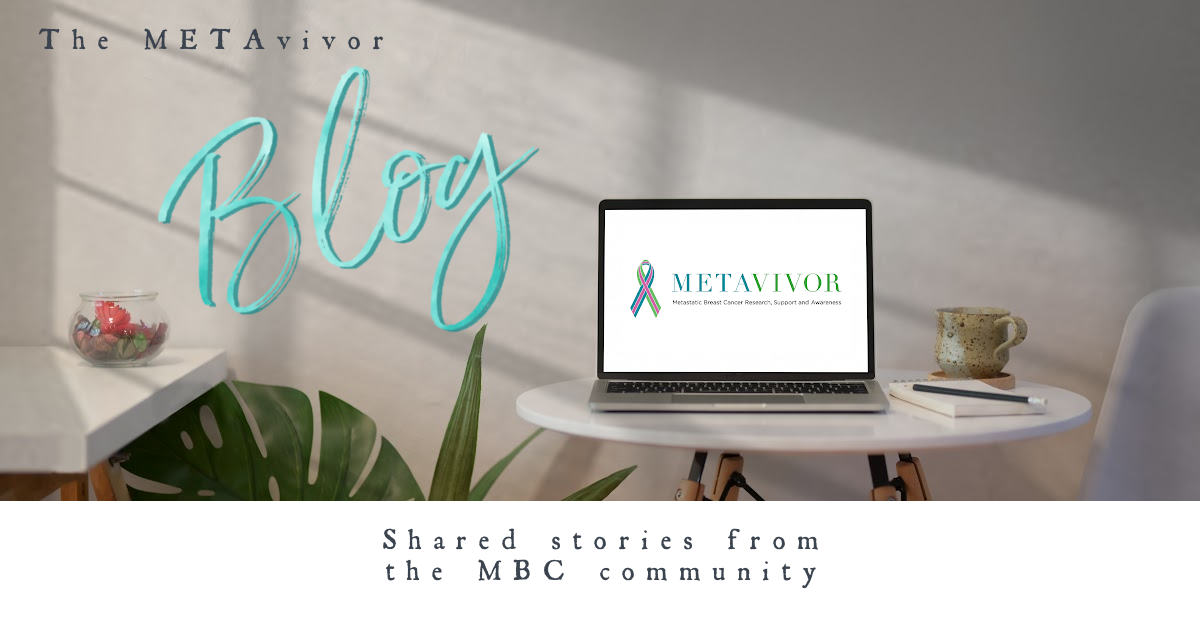 Read as METAvivor State Captains Cassie Cramer (Minnesota) and Bess Harris (Montana) reflect back on 2021's Stage IV Stampede. Hear how they navigated the challenges posed by a virtual Stampede, what they were able to accomplish, and what they learned from their experience.