These courageous and inspirational metavivors have passed away from metastatic breast cancer, but the stories of their lives live here in celebration of the joy and love they brought to everyone around them. 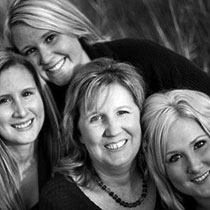 Our Mom was diagnosed with Stage 4 Breast Cancer in February, 2010 at the age of 48 and fought for 3 ½ years. She is survived by her three daughters who at the time of her death were 28 years old, 26 years old and 21 years old.

COLEMAN, Marsha R., age 51, of Plymouth, passed away Tuesday, June 18 surrounded by her family and Daisy. She will be deeply missed by her daughters, Jillian Coleman, Melissa (Jake) Huber, Megan Coleman; their father, Jerry Coleman; sister, Kristine (William) Armstrong; parents, Robert & Eileen Weber; many relatives and good friends. Celebration of Life 12 (noon) Sunday, June 23 at The Heathers Assisted Living, 3000 Douglas Drive, Crystal (763-544-6777). In lieu of flowers, family will accept donations of children’s books for Read Indeed to honor her love of books and children, or contributions toward a memorial bench at French Park in honor of her family times there. 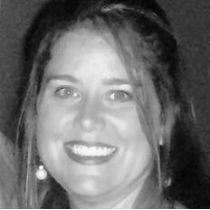 Stacey Gaecke was diagnosed February 13, 2009, with Triple Negative Breast Cancer which had already spread to her lymph nodes. In October 2009, after completion of chemo, surgery, and radiation, pet scans indicated no evidence detected and we thought her journey with this terrible disease was over.

On Christmas Eve, 2009, a gallbladder episode sent her to the ER and it then they discovered that in that short period of time, her liver was 75% compromised. Diagnostics revealed that cancer had spread, not only to her liver but to her lungs and bones. In 6 short weeks, the Lord took her home and we buried her on February 13, 2010...exactly one year from her original diagnosis. 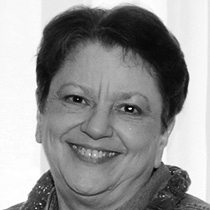 Karen Presswood, of Crownsville MD was one of four co-founders of METAvivor Research and Support and a charter member of its predecessor organization, the Compass Support Program.

Born on March 17, 1950, Karen received a Master’s degree in Special Education from Boston College and was a 1985 graduate of the University Of Maryland School Of Pharmacy. She was a highly respected pharmacist with CVS. Diagnosed with stage IV breast cancer in 2007, Karen passed away of the disease at age 59 on Thursday, August 20, 2009.

Karen was a resident of Crownsville, Maryland at the time of her passing.

She is survived by her husband Allen and her two daughters, Jennifer and Kelsey.

In October 2009, Elaine Nagey, posted an article on Karen in Around Crownsville Stories. She wrote:

”In late August I had the sad experience of going to a viewing at a funeral home for a friend. In truth, I hadn’t seen Karen Presswood for a number of years. Our children went to the same school. She was a terrific volunteer.

She was one of those volunteers that knew what needed to be done, knew what she could do and made the match. Karen was particularly involved in the hospitality activities. One of the staples that everyone looked forward to was her chocolate cake that she attributed to her aunt. It was one of those eight foot high multi-layer deals with creamy delicious fudgy frosting.

Once her children graduated, I didn’t see Karen again. Her neighbor still had children at school so we’d all catch up through her. One bit of news none of us wanted to hear was of Karen’s diagnosis – breast cancer.

Karen was a fighter, and she fought. She fought, and she worked. She was a pharmacist. She didn’t just stand behind a counter filling bottles with pills. She had patients not customers. She created a sense of trust as she answered their questions.

The Sunday afternoon of the viewing, I met CJ Corneliussen-James. She told me the story of METAvivor. Research and Support and Karen’s role in it. Karen brought her research skills and expertise from twenty-four years in pharmacy to this group of women with whom she shared the diagnosis.

METAvivor Research and Support provides its members with all forms of support, but one thing the group discovered was that with all the financial support for breast cancer through fundraising activities, very little money goes for research in to metastatic breast cancer.

That’s why when forming METAvivor Research and Support, they created a 501 (c) (3) non-profit organization. The activities, guest speakers, information and assistance are invaluable to the women. The program is run by, and for, persons with metastatic breast cancer and gives women and men with the disease the opportunity to meet with others who truly understand what they are going through. The program also offers the opportunity for partners of those with the disease to meet each other. This ambitious agenda would be enough for most organizations. Not for them. In addition, the members are raising money for research.

A yard sale in September and a bull roast in October were just two of the fundraisers they have planned for raise money directly for research into metastatic breast cancer. With Karen’s death they lost one of their own, but this very capable group of women is determined to make a difference.”

Postscript – 2014. Karen, you have left quite a legacy behind … from your beautiful and successful daughters of whom you would be so very proud to METAvivor, which has grown enormously since that January day in 2009 when we filed our letter of incorporation. May you rest in peace. I miss you greatly. CJ 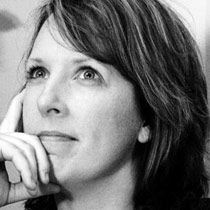 Her memorial service will be at 10 a.m. Wednesday at St. Luke Union Church, 2101 E. Washington St., Bloomington. The Rev. Andrew Gifford will officiate. Private inurnment will be at a later date. There will be no visitation.

In lieu of flowers, the family suggests memorials be made to METAvivor Research & Support Inc. for metastatic breast cancer research at metavivor.org or St. Luke Union Church, Bloomington.

Arrangements are being handled by Calvert & Metzler Memorial Home, Bloomington.

She was preceded in death by her grandparents and mother.

Kris graduated from University of Illinois, Springfield, with a master’s in English. She taught English at Richland Community College, Decatur, for 11 years.

She was an accomplished flute player. She sang in the Decatur Chorale. She attended St. Luke Union Church, Bloomington. She was a breast cancer survivor for 18 years. She enjoyed her cats Dakota, Davita, Yogi and Kit. 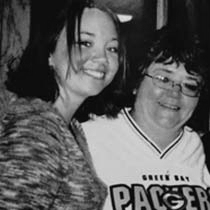 My mother, Jill Runge, died on August 22, 2006 on her 50th birthday. She was diagnosed with Stage IV Metastatic Breast Cancer on July 21, 2006. She left behind two children, a husband and three grandkids whom she never had the chance to meet. 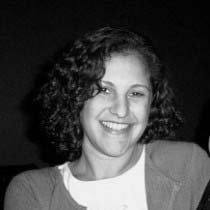 She just wanted to live.

Jody was a mother and a wife and a scholar with a PhD in Psychology. She was funny and tough and vibrant and beautiful. A fighter and a cancer survivor from childhood. She fought like hell against this second cancer, breast cancer. She wanted to live life to the fullest and never wanted to leave her young son, only 6 at the time, and her loving husband to raise him alone. But she had no choice, and finally succumbed at the young age of 34. She had no affiliation for the pink movement. She just wanted to live. 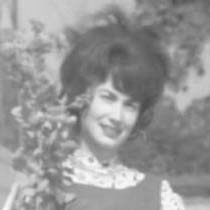 Polly was a wonderful human being who loved to laugh. She loved the St. Louis Cardinals and Dale Ernhardt. She succumbed to MBC in 2001.