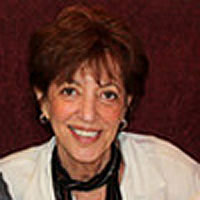 Ellen Moskowitz, Director of Metastatic Breast Cancer Network from 2006 to 2010, passed away from cancer on June 7, 2012. I had known the end was near. Ellen had been in Hospice for some months and we had spoken by phone on a number of occasions. Last week when I called, Ellen was unable to hear my voice over the phone so the nurse repeated my words, phrase by phrase, in her ear.

Knowing that this day was coming, I had sat down on a number of occasions to write a tribute this woman, who has been such a great part of my life since we first met by phone in 2008. And yet each time I tried to write, the words simply did not come. What could I possibly say that would be worthy of her tremendous accomplishments … that would express all that she has meant to me over the years … what could possibly do her justice. So each time the page remained blank.

Today as I once again sat down to write, I thought of our correspondence. Our emails were just as prolific as our phone calls and thus I went to my cache of “Ellen emails”. The first one I opened was an email exchange from some months back. Ellen had written to me concerning changes in her condition … changes which made it clear to both of us that the end was coming more rapidly than we had hoped. She wanted to say her good-bye’s, while she still could, and did so in her email to me. Perhaps the reply that I sent to her says it best and thus I share it now as my tribute to this incredible woman, whose death is such a tragic loss.

I cannot even express how devastated I am over this news. You have been the ONE person who has been my greatest inspiration, my help, my resource … the ONLY person I have been able to completely depend upon. You are the ONLY person with whom I have been able to share my concerns, doubts, difficulties, frustrations and yet my undying commitment to this cause despite the exhaustion, stress on home life, elimination of non-mets social life and the other challenges that it has brought … because you were going through precisely the same thing.

I remember our first phone call … you’d seen mention of me and my small program in the news. You had Suzanne call to see who I was … then you called me as well. Oddly, I’d never heard of MBCN, but I was very new to the disease. You wanted to know how my little group just starting up was getting more press than you were. I must chuckle over that. YOU were the powerhouse in the MBC community … not us. We had only some minor local press coverage that without a Google alert would have never been seen. But you saw it.

We quickly hit it off … and agreed on everything, including the fact that a duplication of effort was a total waste of time, manpower and funds. And so we each kept our unique missions, but yet worked as a team. It has worked well … very well. But as you praise what we have become, I want you to remember that it was YOUR guidance and assistance that gave me the wisdom and the wherewithal to help METAvivor become the organization it is now. It was I who learned from YOU, not the other way around.

I will miss you far more than any mere words can express. I know I shall often scramble for one of your old emails that gave recommendations on whom I should contact or how I might proceed on an matter of importance. And your voice will surely come to me over and over again as I deliberate a move or an action.

You will live on in the hearts and the minds of so many. You made incredible progress in the field of MBC. Your dogged determination and … yes … your hounding of people and organizations …. it was YOU who made the MBC community one to be reckoned with and that legacy will live on forever.

I will be in touch … and hope we will still be able to chat for a time. Know that you are constantly in my thoughts, that you will never be forgotten … and that METAvivor will forever be indebted to you for all that you did to set us on the right course.

I cherish the fact that we are the best of friends and colleagues … not only in this life, but in whatever life may come after …

with my deepest love and affection, CJ”