In the Midst of Silence 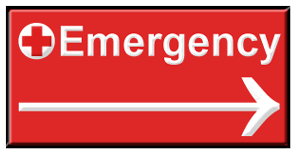 Between “moment of silence” and “prevention of cancer from spreading,” exists the land of the forgotten. Who resides there? Those for whom I am a #FearlessFriend, those hoping their names will not be mentioned with the former, and, yes, those who have already been kicked out of the ranks of the latter. Their cancer has already spread. Where do they fit into the current breast cancer paradigm? Do they fit in at all?

When we visit the emergency room, there is a pecking order. The clumsy idiot who managed to deeply gash my finger with a butter knife waits. And yes, I really did that the other day and NO, I did not go to the emergency room despite the fact I’m sure this cut should have been stitched. The guy who comes in clutching his chest is brought right in and hooked up to a machine to be monitored. The person whose ambulance is greeted by the ER doctors goes right to the head of the line. (Although I’ve only seen that on Grey’s Anatomy, the meeting of the ambulance by the ER docs all suited up, you get my point?) We triage. We treat people based upon the urgency of their problem.

Why are we not prioritizing breast cancer research based on this urgency? Where is the triage? There are plenty of people who will find ways to argue statistics. There are those who take exception when the number of breast cancer deaths is cited. I’m not sure I understand why this is an issue for some, but I recall a conversation wherein someone indicated they didn’t agree with its use. Statistics can be skewed, but cold, hard, tangible numbers are simply numbers. And 40,000 is quite an enormous number. The number of lives being taken in this country each year remains, for all intents and purposes, unchanged.

That’s not okay with me, and it should not be okay with you either. While I’m ill-equipped to quote numbers or analyze statistics, as I could in my pre-cancer life, I do know that the number of those living with metastatic disease extends WELL BEYOND the 40,000 who will die. How many are living with the disease and are suffering daily from the fallout of the drugs that are keeping them alive? How many of them are okay for today, but truly live with one eye constantly glancing over their shoulder, knowing the disease has taken up residence outside their breast? They are terminal. Not chronically ill. Terminal. The vast majority WILL die from breast cancer or from the futile and toxic attempts made to treat the cancer.

If we are brave enough, we rally to their side as they lay dying. We speak their names with reverence after they are gone. We do things to memorialize them after they have died. Whether we walk with their names boldly written across our backs or we send money to a charity, we do plenty after the fact. That’s not okay with me, and I don’t want it to be okay with you, either. We should be standing shoulder to shoulder with them while they are alive.

For too many years, indeed since the pink ribbon turned breast cancer into the poster child of all cancers — and I’d argue, too, the most recognizable disease around the globe — those with stage IV breast cancer have become an inconvenience. Their presence is a stain on that ribbon. The reality that is metastatic breast cancer is bad for business. The Stage IV’s are ruining the whole gig. They don’t fit the image of hope and success and survival consistent with the message that ribbon has come to signify.

They are ignored. Just like those who jumped to their deaths from the World Trade Center on September 11 were not spoken of, we go out of our way to maintain our silence about those afflicted with metastatic disease. If little coverage was afforded to the jumpers, we could pretend they did not exist. But, they did exist. And their numbers were far greater than we will ever know. Their stories are too horrifying. The manner in which they died is too unimaginable for us to accept.

They are my priority. THEY are my cause. First, we save their lives.

I am and I shall remain a #Fearless Friend.

Everything else can wait. Because nothing else is more important.

AnneMarie writes fearlessly and passionately at her blog Chemobrain. Her latest post echoes this one: What Can You Do?? Okay…Then Do It!!