Speaking Out On Metastatic Breast Cancer 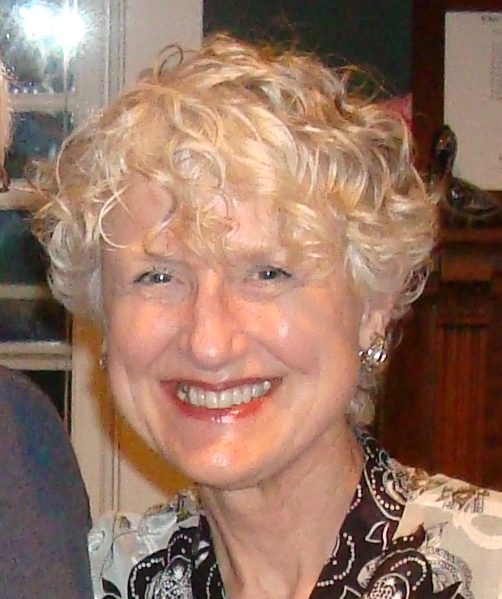 “Cancer is not a death sentence.”   I did a double-take.  At the same time, my friend nudged me ... hard.  There was outrage on her face.  It was early spring 2008.  The words had been spoken by one of the presenters at a breast cancer conference we were attending.  I looked at the panel of experts ... mostly oncologists.  No one looked surprised or embarrassed or uncomfortable.  Pre-arranged survivor speakers were asked to come forward and speak.  Each one ended her short talk with statements such as "I survived because I was vigilant" ...  "because I had courage" ... "because I had the will to live".   The cheering began and grew louder as the master of ceremonies went on to extol the fact that in today's world breast cancer was openly spoken of everywhere.  She announced that there were a whopping 2.5 million survivors and asked all of them to stand.

As they cheered each other on, my friends and I remained seated, looking at each other dumbstruck.  .  We were certainly “vigilant”, our "courage" was beyond compare and our "will to live" was absolute, but we did not consider ourselves "survivors”.  As the evening progressed, we found nothing relevant to our situation … not a speaker, not a reference, not a handout ... nothing.  During the Q and A I waited for an inroad to bring up MBC.  It came when a woman mentioned that her sister claimed she had breast cancer in her bones; she asked what her sister meant by that.  The moderator launched into a talk about breast cancer types, and ended her response without having ever addressing the question or mentioning metastatic disease.  I raised my hand.

Seemingly relieved that another question would be asked, the moderator quickly pointed my direction but as I rose she froze.  Her hand flew back to her side as she announced there was no more time for questions, but that people were welcome to come up and speak with the panel.  Upon arrival that evening we’d spoken with three pharmaceutical representatives who had been interested in our status.  Thinking they were doing us a favor, they’d mentioned us to the emcee.  We could only assume that was the reason she ended the Q and A ended so abruptly.  As we approached the panel to speak with the oncologists, faces froze, then looked away … one actually got up and left.  When we pressed forward with our comments and questions, those still seated suggested we leave our contact information, saying they would be in touch.  We never heard from them.

What makes us different?   Our breast cancer “metastasized”.  It spread to our lungs, bones, livers, brains and other parts of our bodies.  Like most of those who develop metastatic breast cancer (MBC), we too had been vigilant.  We had done self-exams and had regular mammograms.  We had followed the standard guidance given women today.  When our initial breast cancer was diagnosed, we underwent the recommended treatments ... surgery, chemo, radiation and/or a follow-on pill regimen.  Yet even so, we all developed MBC.  In fact the one of us with no prior history of breast cancer had been diagnosed at stage IV only five months after a clean mammogram.

How many of us are there nationwide?  Hard to say.  Statistics for our disease are often not collected ... or if they are ... they are not being made public.  In 2005 there was a rough estimate made in the report “Silent Voices” by Musa Mayer and Susan E. Grober that we numbered 150,000 to 250,000.  But there is no exact count.

“We” are 30 local women who have found each other over the past year.   We are very close-knit.  We gather frequently for coffee, for dinner, for sightseeing and for shopping excursions.  To the outside world we undoubtedly appear happy and even carefree.  And indeed, most of the time we are truly an upbeat group that has a lot of fun together.  But watch closely and on occasion you will see us concerned and clustered around someone in our group, who is clearly distraught.  That person has just learned that despite the best possible medical care, her cancer has spread … again.

It will likely surprise you to learn that roughly 30% of persons diagnosed each year with breast cancer will eventually metastasize.  In 2008, this equated to about 49,000 Americans.  According to Silent Voices, if to this number you add the numbers of those who initially present at stage IV, the total number of Americans diagnosed annually could be as many as 73,000 to 86,000 Americans.  Life expectancy after diagnosis?  Not good.  The median survival after diagnosis has hovered around three years for two or more decades.   Roughly 25% lose their battle within five years ... 90% within ten years.  MBC takes the lives of roughly 41,000 Americans each year if you include the almost 500 male deaths.  The disease is widespread, swift acting and deadly; yet surprisingly, MBC remains largely unknown to the public and that fact has taken a huge toll in terms of support for the patient and the acquisition of funds for MBC research.

Metastatic breast cancer is a topic that is completely ignored at most breast cancer survivor conferences.  Most advocacy groups, fundraisers and the vast majority of “pink” organizations do not involve themselves with MBC.  It is not the positive story they like to promote.  Planners feel that talk of the condition would depress the mood at their events.  Likewise, mainstream media greedily devours breast cancer "success" stories but only rarely picks up a story on MBC.  Thus the public at large remains blissfully ignorant of the condition until it strikes close to home.

Largely as a result of this deliberate shifting of public focus to the positive – and away from the reality of MBC – research for the condition receives only about 2% of breast cancer research funds ... be it government funds or those of non-profit organizations.

It is this lack of funding that has repeatedly prevented researchers from undertaking the science that could lead to the drug development that could save our lives.  Our frustration is heightened by our understanding from career metastasis researchers that IF there was a dedicated and adequately funded MBC research program, it might be possible to significantly extend life and possibly to even eradicate death for certain forms of MBC within as few as ten years.  Instead, money continues to focus overwhelmingly on prevention and early detection; and the stage IV death rate continues run in the 40,000s ... a number that has not changed since 1987.

The media's almost exclusive focus on the positive "success" stories also has a significant impact on the patient.  It leaves many, if not most breast cancer patients believing that death from MBC is rare and happens primarily to those who have been negligent or have no access to regular medical care.  The newly diagnosed patient is thus left with a devastating feeling of isolation and failure.

As we carpooled home after the conference my friends and I discussed the term “survivor”.   Of the four of us, two were in remission and two were battling aggressive spreads to the bone.  We knew that irrespective of our current situations, it was not a question of if our breast cancer would spread again and whether we would survive, it was only a question of  when and where it would surface next and how long the medications could keep us alive.  No, we did not consider ourselves survivors.  To us the term implied a challenge overcome and put permanently to rest.  By the end of 2008 we had coined the term  - "metavivor" -- to mean that yes, we are definitely alive and we are truly making the best of every day; however, we live with the constant awareness that we are not expected to "survive" this disease.

Why do I tell you this?  We are not asking for sympathy and we certainly do not wish to frighten anyone, but we have several requests.

We ask for your recognition of the seriousness of this disease and our desperate need for increased support, increased awareness and increased research in the field of metastatic breast cancer.

We ask that the organizers of breast cancer conferences include speakers on metastatic breast cancer.  We ask that they have literature available on our disease and that they receive and respond in detail to questions concerning MBC.  We ask that "survivors" be sensitive when they speak at conferences and public forums and be ever cognizant of the fact that MBC can strike anyone at any time -- even teenagers have been diagnosed with MBC and even patients whose breast cancer was found at stage 0 have gone on to metastasize.  So we ask that in addition to applauding the 2.5 million "survivors" at these events, that those living with MBC also be recognized and applauded.  And we ask that at every conference and cancer event there is a moment of silence for the millions, who have died and continue to die of this disease.

We ask that the public recognize that the 110+ Americans dying every single day from metastatic breast cancer are not dying because they were not vigilant or were not courageous enough.  And they are not dying because their will to live was not strong enough.  To the contrary, it takes tremendous courage and the strongest of wills to face this diagnosis squarely, to wear a smile on your face and move forward with your life...  all the while wondering what tomorrow’s test will reveal, how your body will react to the next series of treatments and/or clinical trials and never knowing when your oncologist will tell you he has run out of options ...  or when you or your oncologist will decide that the side effects have become too crippling for you to continue treatment ... and through it all hoping against hope that there will be a medical breakthrough before your time runs out.  No … these people are dying not because they did something wrong or were somehow inadequate to the task, they are dying for the simple reason that the lack of research for the actual metastatic condition, which excludes the study of prevention of, and progression to the metastatic state, has kept this disease un-survivable.

And thus we ask that when donating to cancer research, people consider donating to organizations that have a posted policy to award a specific percentage of funds received to the type of research that is aimed at eradicating the real killer … cancer that has already metastasized.  Or, if you prefer to donate solely to metastatic patient-focused cancer research, we ask that you donate only to those who will promise to use your entire donation to that end.  Perhaps if enough people do this, one day we too will be calling ourselves “survivors”.