Organotropism: the Propensity for Cells to Metastasize to Certain Organs

A metastasis tumor is established with the arrival of a primary tumor cell at a new organ site. But few cells actually have the ability to establish full metastasis; in one study, only 0.02% of the cells that enter into circulation had the potential to form a metastasis tumor (1). Paget, a surgeon from the 1800s, found a pattern in his analyses of about 700 cases of fatal breast cancer. He observed that certain organs seemed more susceptible to metastases than others, something not completely explainable by the flow of the vasculature system (2). From this, the “seed and soil” hypothesis was formulated, where now it is commonly believed that a cell that is most adapted to or adaptable to its future microenvironment is the cell that will most likely establish metastasis; these adaptations create a possible cross-talk between the organ microenvironment and the tumor cell (3).

Metastatic organotropism is the tendency of different types of cancers to metastasize to certain organs, creating a non-random distribution of organ sites for any given primary tumor type (4, 5). Experimental cell lines derived from patients’ metastatic sites or from primary cancer cell lines, like the breast cancer cell line MDA-MB-231 and its bone-trophic and brain-trophic derivatives (MDA-MB-231Bo and MDA-MB-231Br, respectively) can be utilized for organotropism studies (6, 7). One way to investigate metastatic organotropism is to study the “signatures” of metastasis tumors at certain sites using genomic analysis. The “gene signature” of a certain tumor cell might help predict to which organ a circulating tumor cell will metastasize. For example, bone metastasis showed upregulation of interleukin-11 (IL-11), an activator of osteoclast differentiation (8), lung metastasis showed upregulation of SPARC, IL13RA2 and MMP2 (9), and brain metastasis showed upregulation of genes like ST6GALNAC5 and COX-2 that may help cells cross the blood-brain barrier (10).
Other studies delve into a tumor cell’s tendency to cooperate with certain microenvironments by investigating the receptors and proteins that would allow them to communicate better with the components of that microenvironment. For instance, certain growth factors, such as Insulin-like Growth Factor 1 (IGF-1), would significantly increase colony formation of a bone metastasis cell line but not a brain metastasis cell line (6). Brain metastasis cell lines respond to neurotrophins, growth factors enriched in the brain, like neurotrophin-3 (NT-3) (11). The microenvironment is an important factor in cancer cells metastasis, especially in the context of the “seed and soil” hypothesis.

Whether these metastatic cells have an inherent tendency to go to these metastasis sites, or if the cells are called to the metastasis sites through other mechanisms, or if it is a combination of multiple factors, has yet to be determined. But it is clear that one way to potentially improve future treatments or develop preventions for metastasis is to understand metastatic organotropism. 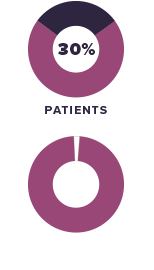